A Snapshot of the Top 5 Snapshot Cell Phones Today

The photographic capabilities of mobile phones are increasing with each new batch of handsets and now it is almost impossible to find a high end smartphone which does not offer high definition video capture along with a high megapixel count for still shots.

With a five megapixel camera and LED flash the iPhone 4 is the best in Apple`s range when it comes to taking pictures. It also has the ability to shoot 720p video clips at a smooth 30 fps and has extra features such as touch to focus and various effects to apply. A forward-facing VGA camera supplements its rear-facing snapper for video calling and with 16GB or 32GB of storage space on board you can capture hours of footage and thousands of photos without filling it up.

The N8 is intended to be a serious camera phone, so it is no surprise to see its 12 megapixel camera outclassing every other handset in this list. With a Xenon flash it is also the most capable when it comes to illuminating dark spaces. Digital zoom of up to 30x magnification is on offer when you are taking stills or recording video in 720p HD and like the iPhone it has a forward-facing secondary camera for video calls. Geotagging is applied to both videos and photos so you can find out the location later and there is 16GB of onboard storage space expandable by an extra 32GB if you buy a separate microSD memory card, which should be more than enough for all of your media. 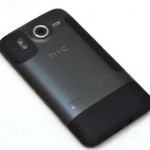 With an eight megapixel camera and dual LED flash the Desire HD is able to handle solid still photographs and can also shoot video in high definition at the same 720p resolution as its rivals. You can enable the LED flashes to act as a light for videoing in dark situations and you can tweak the settings from sharpness to exposure using simple on-screen sliders which are touch sensitive and intuitive. The autofocus is fairly competent although unlike other phones you do not get a dedicated macro mode for close-up shooting, which might be a problem for some users.

Like the Desire HD this is an Android smartphone and it packs fairly similar five megapixel camera which matches up with the iPhone 4`s unit. Thanks to the 1GHz processor onboard it is responsive and easy to capture images or shoot video at 720p. You can find Galaxy S variants with 16GB or 8GB of onboard storage, which should give you enough room to work with as long as you upload images from time to time. Sadly the lack of any kind of flash, LED or otherwise, means that when the light is dim the Galaxy S is less than perfect.

Another five megapixel camera is affixed to the Torch, showing that this is the de facto image capture resolution for a high end mobile phone. An LED flash is also present although it is not as bright as the dual-LED solution of the Desire HD or the Xenon flash found on the Nokia N8. You can alternate between different shooting modes depending on the situation, but a lack of HD video capture lets it down.

DO YOU TAKE MORE PHOTOS WITH YOUR CELLPHONE CAMERA OR YOUR DEDICATED POINT AND SHOOT CAMERA?

TweetShare If you found this post valuable, would you help others find it by sharing it?
A Snapshot of the Top 5 Snapshot Cell Phones Today
Powered by Zippy Courses