Do You Call or Text While You Drive? Be Honest.

According to a hush hush government study that wasn’t public until recently, people are 4 times as likely to cause an accident when they’re talking on a cell phone while driving than those that follow the law and don’t text or call while driving.

It all comes down to one reason apparently, you’re overestimating your abilities.  You’re not truthful with yourself!

Here’s a great interactive tool that lets you really see the statistics for just how distracting it can be.  The NY Times has a simple online game that you can play right now. 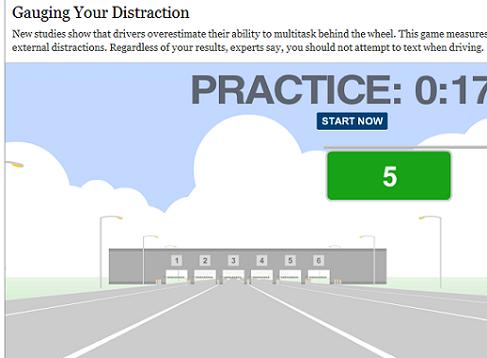 Other tactics to educate include a video that went viral with almost 2 million views on YouTube to date – graphic and intense, but serious and realistic:

None of this will probably change your actual behavior, but at least you’re officially informed of your shortcomings on the road the next time you reach for that mobile handset!

TweetShare If you found this post valuable, would you help others find it by sharing it?
Do You Call or Text While You Drive? Be Honest.
Powered by Zippy Courses