This past week I’ve decided that some of my twitter accounts have gotten unwieldy with the auto-follow features set to “ON”.

But that wasn’t enough.Â  What I really wanted was to “start over” as some other famous Twitteratti have done.

So I tweeted for help.Â  And @xanpearson came to the rescue.

She had recently suggested a list of 30 different twitter friend management tools to check out.Â  And there were plenty to poke around with.

So far, ReFollow.com has a decent interface and it does the bulk unfollow feature I have been searching for. 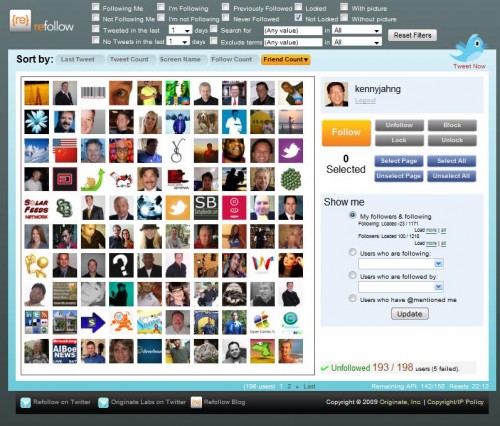 There’s a bunch of other neat features that this site does.Â  It’s definitely worth checking out if you want to manage your follower/following lists in bulk.

TweetShare If you found this post valuable, would you help others find it by sharing it?
How Mass Unfollow Your Following On Twitter
Powered by Zippy Courses